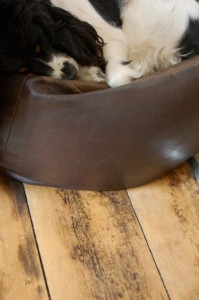 Changing Consumer Lifestyles
Changes in consumer lifestyles, such as increasing numbers of working women and dual-income households, are making traditional pet ownership more difficult as less time is spent in the home. Longer working hours and the increasingly hectic lifestyles that most modern-day consumers live has led to massive demand for labour saving products in almost every market sector. The trend is increasingly evident among pet owners, who may find caring for animals something of an inconvenience and are willing to pay a premium on time saved. This has fuelled growth in pet services such as dog walking, pet sitting and convenience items such as disposable cleansing wipes for dogs and disposable training pads for puppies. Pet care services are also benefiting from pet owners with unpredictable lifestyles who wish to give their pets a predictable routine. It is well documented by animal behavioural specialists that pets depend on strict routine, and suffer if their care regime is subject to frequent change.

Young people are having children later in life and in the meantime having pets and treating them like surrogate children. The trade and marketing director of the UK’s biggest pet chain Pets at Home cites this as one of the main reasons behind the success the company which was founded in 1991 and now has over 370 stores across the UK.

In addition, the UK has an ageing population, therefore there are an increasing number of pet owners who require assistance to meet the needs of demanding pets and are prepared to spend their retirement income on their pets. Known as “empty nesters”, they are helping to strengthen the pet care market.

At the same time, there is a distinct change in the way pets are viewed within the family with the tendency to humanise them and treat them as another child or member of the family. This is having a major impact on what and how much consumers are prepared to spend on their pets. Research by MINTEL , questioning around 1,000 pet owners finds three quarters (74%) of owners treating their pets as one of the family. Almost 20% of consumers feel guilty about leaving their pets at home, while more than one in eight (12%) pet lovers claim to take their pets nearly everywhere. What is more, 7% of owners feel restricted by their holiday choice and a similar number feel they don’t get to spend enough time with their pet.  In recent years there has been a massive increase in the UK of people searching for dog friendly cottages, dog friendly holidays and dog friendly accommodation such as these pet friendly cottages in South Wales.  Interestingly, there has been a slight increase in the number of people owning two cats, suggesting that consumers are now also more sensitive to providing a companion for their feline. The MINTEL report concludes that like many full time working parents, pet owners today are now lavishing more money on their pets simply to try and relieve their guilt for not spending enough time with them.

Short Term Trends
A report published in 2007 states that pet obesity rates have reached record levels, pet health and pet hygiene proving to be one of the biggest concerns of pet owners. This will help to maintain the growth pet care services such as dog walking as well as health focused pet foods in the coming years. This report is in agreement with an earlier MINTEL report that expects the pet care market to continue to grow at an even faster rate in future and to echo that of human products with a trend towards more natural, eco friendly products and services.

Long Term Trends
For the future direction of the market we can use the USA as a model which has historically led the trends in the UK pet care market. It seems the humanisation of pets is an increasingly important influence in the US market. Barkday Parties (birthday parties for dogs), Doga (Dog Yoga), Pet Slimming Classes and even Bark Mitzvhas are becoming more commonplace. Grooming parlours are a regular feature, as are dog spas which make sure dogs are looking, and feeling, their very best. New York now has its own pet bakery. Buttercups Paw-tisserie freshly bakes any number of treats for dogs all over the city. There is even a luxury hotel for dogs and cats – “The Ritzy Canine Carriage House” – which boasts orthopaedic beds, a rooftop garden and its very own pet menu prepared by a chef. Whilst these innovations still seem outrageous to the average British consumer, it gives a strong indication as to where the future lies for the pet care market and Walk My Dog can be confident of a future where the UK consumer is still willing to spend more money on their pets.

Hear some stories from other happy Walk My Dog customers…

Would you like to be part of the family and look after dogs in your area? Find out more about our available franchises.